Here are my rough screenshots from an install of 12c grid on a standalone Linux vm: pdf

I’m running version 6 of Oracle’s Linux in a VMWare Player 4 gigabyte virtual machine on my Windows 7 laptop.  I ran into a couple of key points that I wanted to document. 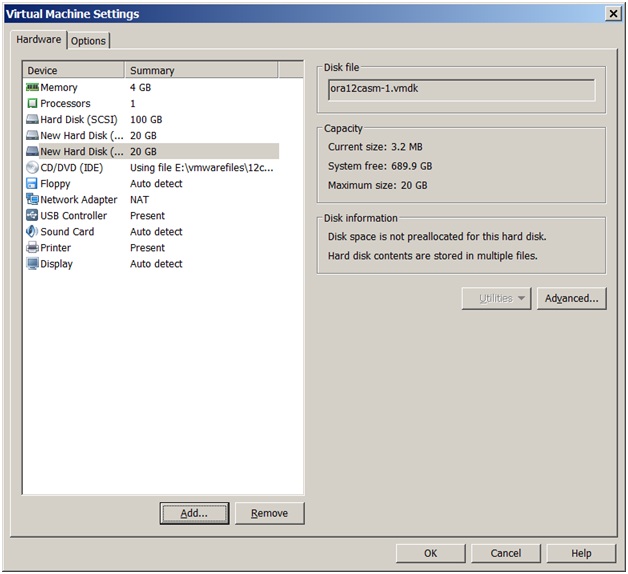 I added two new disks to my VM but after booting my machine they disappeared.  I ended up adding them back in and rebooting again and they stayed.  Not sure what to say except after you add them reboot and make sure they are still there. 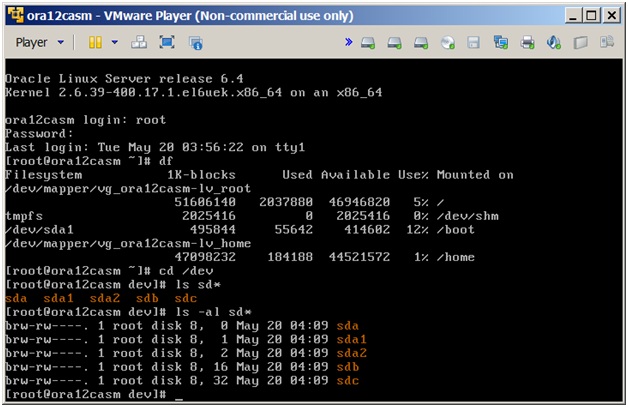 The new disk devices showed up as /dev/sdb and /dev/sdc.  Then I had to run fdisk on each one to create a partition that took up the entire disk.  That led to devices being out there called /dev/sdb1 and /dev/sdc1.

Next I had to do some steps related to the oracleasm utility but I found out later that the next step I should have done was disable SE Linux: 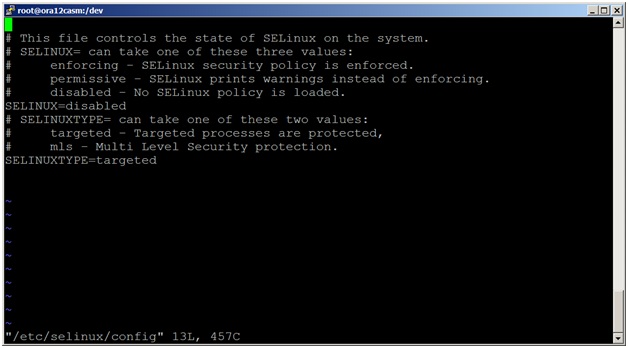 I had to edit the file /etc/selinux/config so that SELINUX=disabled and reboot.  Then I ran these commands to configure oracleasm:

The next tricky thing was figuring out the path to these two disks during the creation of the disk group as part of the grid install.  Here is what the install screen looked like: 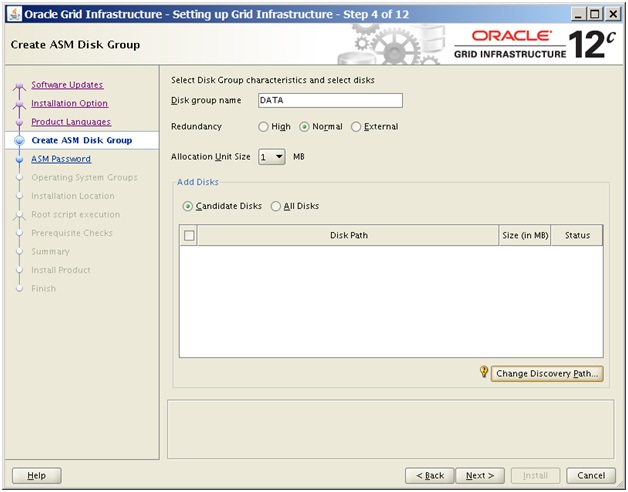 It didn’t have any disks to choose from.  I tried various discovery paths such as /dev/sd* and ORCL:* but finally found one that worked:

Now the disks showed up and I was able to continue: 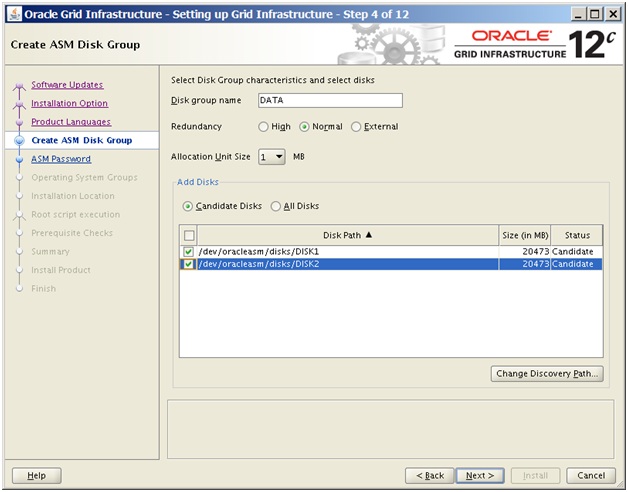 So, that’s all I wanted to point out, just a few key things I had to understand.  You can check out my link for all the screenshots I took.